There’s a real buzz around women’s sport right now and it’s fair to say that this year’s World Cup might be one of the most important sporting events for women. These types of competitions put women’s sport in the spotlight and celebrate the impactful stories of empowerment, happening on and off the pitch.

Although women’s sport has never been more popular, there remains a gaping division in the world of sport when it comes to gender equality, however it is worth noting that tennis is one sport where pay and opportunity is almost on a par.

The study from Gender Divisions looks into the imbalances across 10 professional sports and shows that there is still a long way to go for true equality.

Tennis however, offers a very viable route into professional sport for young girls and offers equal prize money at the top of the game, with major tournaments leading the way in closing the gender pay gap.

The numbers of professionals in the game are more equal in tennis than any of the selected sports, while the number of females participating in football is extremely low  – with male professionals outnumbering their female counterparts by 106 to one. 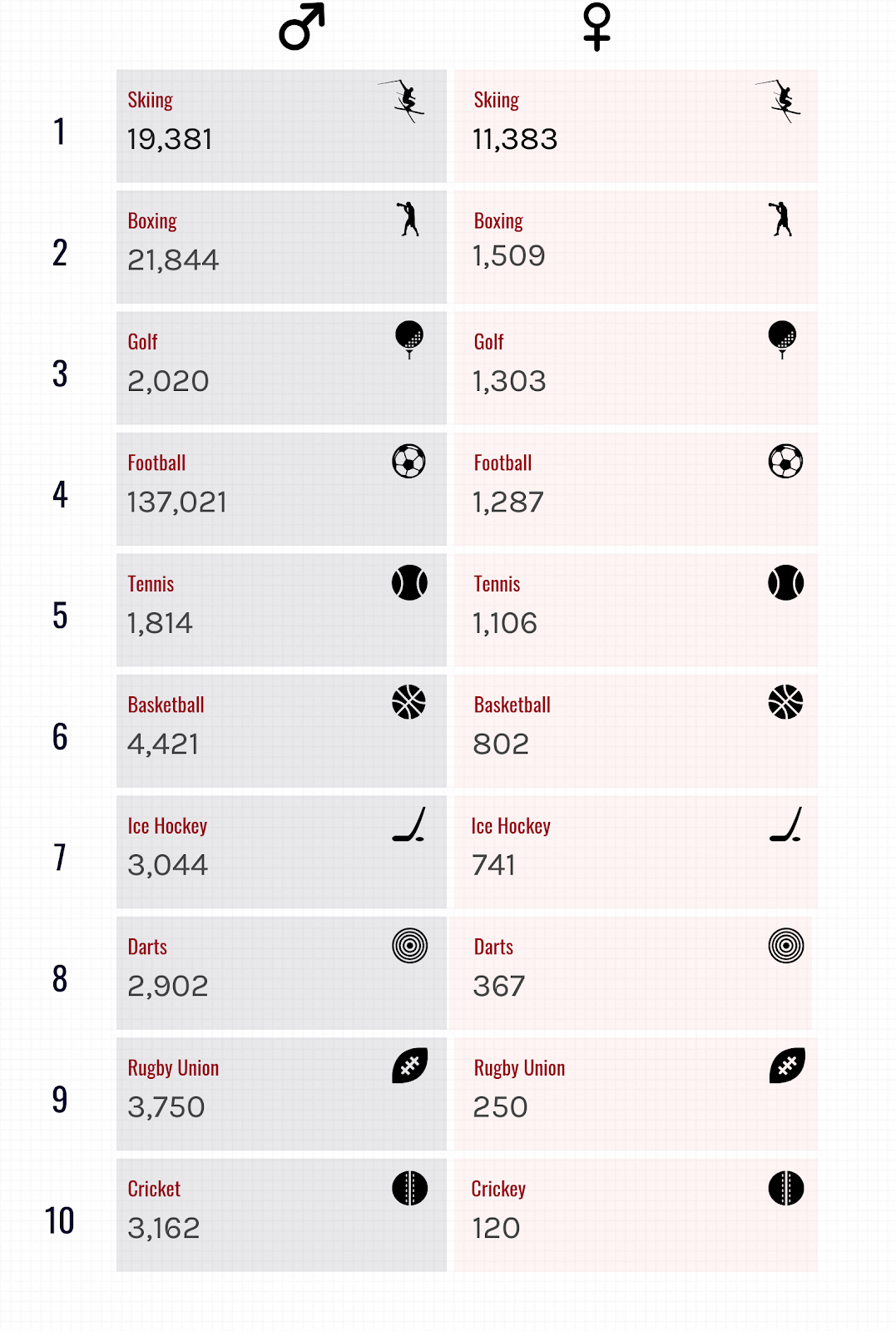 Although major sporting events such as the Women’s World Cup and the cricket World Cup final in 2017 – widely regarded as the biggest game in the history of the women’s game – have taken the interest and profile of the women’s game to another level, there remains a gaping chasm in terms of inequality.

Ro Jackson, editor in chief at SLOWE, commenting on the findings said: “Quantifiable change seems to only come when the athletes personally stick their necks out to defy the sexism they face when they show up to work every day, and it is only then that the industry takes notice and instils change.” “This is demonstrated quite clearly in tennis, where the players are now much closer to a level playing field to men in contrast to all other sports. But that was no smooth or fast journey.”

York City girls football coach David Winterburn added: “This year’s World Cup is exciting for everyone involved in women’s sport. What we see now more than ever is lots of young girls wanting to emulate their role models. They have led the way for women in viewing professional football as a viable career option, but these things do not happen overnight.”

Women have become national heroes and are being taken seriously. They are not just being judged for their appearance, but for their grit and talent.

Gender Divisions digs deep into the gender imbalances across 10 professional sports, including categories: highest paid players, most followed on Twitter, competition popularity and a number of professional athletes.